An improved method was needed to record operation at a Firelake cremator used by AHS (an SPCA in northern New Jersey). The concern was alleviated by fitting the cremator with computer communication technology.    A critical operating requirement for the AHS state operating permit is recording data for each batch loaded.   Accuracy is the priority.  Permit violations can lead to fines.   Manual recording was not historically accurate and consistent.   AHS worked with Firelake equipment dealer Robert Winterbottom Inc. to design and install an automatic sensing and recording system.   The system was pretested and then installed at AHS.   Now with many weeks of use the system has performed to satisfaction.   Weights, dates, times, temperatures are recorded for future review.   The system saves time, and the worry of accuracy meeting their permit.      Contact Firelake for details.   The data system can be adapted to any model or application of cremator. 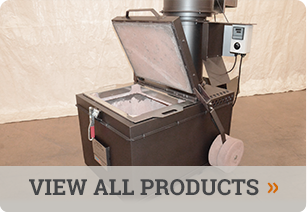 Whatever your incineration needs, FireLake has the product to get the job done.

We design and fabricate for many markets including:

You may not have thought about it before, but incinerators and crematoriums can actually protect the environment. … END_OF_DOCUMENT_TOKEN_TO_BE_REPLACED

What Needs to be Disposed of?   If you operate a cannabis farm, distribution warehouse, or medical marijuana … END_OF_DOCUMENT_TOKEN_TO_BE_REPLACED